Recovery in the Works 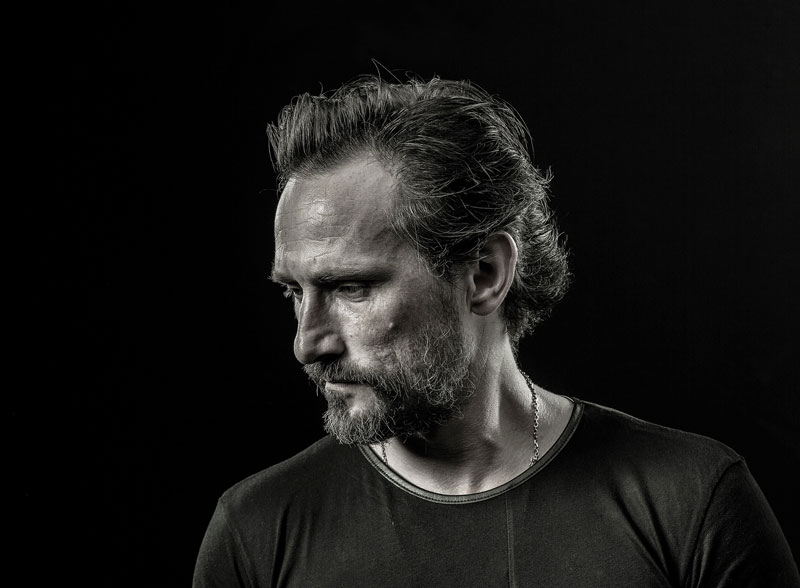 When he was homeless, addicted and committing crimes, Ben Chown walked by the Addictions Recovery Center in Medford — never imagining he would someday work there as a counselor.

He had spent three years in prison following drunk driving and domestic violence convictions. His appetite for alcohol was so insatiable he spent his time drinking, forcing himself to vomit and drink again, sometimes purging 15 to 25 times a day.

Facing another prison sentence, Chown had resigned himself to more time behind bars.

“It’s easy when you get locked up. The rent’s paid. The power bill’s paid. You just exist. And the responsibilities are minimal,” he said.

But then Chown was given a surprise offer to enter a Jackson County Circuit Court addiction treatment program, even though he’d failed Recovery Opportunity Court in the past and been booted from the program.

Then it was time to get a job.

His first thought was that if he was honest with a prospective employer, he wouldn’t get the job.

“I know that from my past, being transparent on a job interview or an application is terrifying,” he said.

But Chown decided to be completely open with the owner of a local fast food franchise — and was hired.

He eventually moved on to become an OnTrack addiction treatment center receptionist, earned his counselor credentials and landed a job as an Addictions Recovery Center counselor. He remains friends with the restaurant owner.

Chown said people with criminal backgrounds can be loyal, diligent and grateful employees. They also bring life experience and compassion to the table.

“We work really hard and we’ve seen both sides of the playing field,” he said.

Chown said employers should educate themselves about the warning signs of addiction so they can intervene if a person appears to have relapsed. The worker may need to be fired to preserve the safety of the workplace.

“If you hire someone with a criminal background, you’ll know by their behaviors right away whether or not they’re OK. If they’re OK, their work is going to be stellar. If they’re not OK, you’re going to know it,” he said.

The strong economy and tight labor market mean employers in almost every sector are willing to hire people with checkered pasts. Word is also getting out that the Oregon prison system and Jackson County are doing more to prepare prisoners to become contributing members of society upon their release, he said.

Beard previously worked at the Jackson County Transition Center and in the county’s probation department, where he spent part of his time helping people craft résumés and hunt for jobs. He has contacts with more than 150 businesses willing to give former criminals a second chance.

He said Chown is the perfect counselor for people struggling with addiction and criminal behavior because he’s gone through those battles himself.

Beard recalled one day when Chown put all his other tasks aside to work the phones, searching for an open detox and treatment bed for a man desperate to get off heroin.

“Ben understood firsthand when someone has decided that they’re ready to recover, they want help staying clean, you’ve got to help them right then,” Beard said. “Because 10 minutes later if he didn’t make that call, the guy probably would have been doing heroin.”

Beard said most people with criminal records have addiction issues.

Once they’ve stabilized in a recovery program, getting a job can have multiple benefits, he said.

But many people with records feel marked, as if everyone can see they have committed crimes, Beard said.

One man who had just been released from prison was riding on a bus.

“He said it just felt like it said ‘felon’ on the back of his shirt,” Beard said.

Beard advises clients to be upfront with prospective employers. He does mock interviews with them so they’re prepared to answer sensitive questions.

“I advise them to have a spiel,” he said. “Have two or three sentences ready. Like, ‘Yes, I do have a criminal history. I actually just did two years in prison. But since then I’m in a recovery group that I go to four times a week. I just got my food handler’s card. I just got my ID, paid all my fines off. I can drive now. I’m healthy. I’m ready to go to work.’ And that’s it. Just something quick like that.”

People with records can market themselves to employers as more motivated than average applicants. Getting a job is often a condition of probation, and those who’ve been arrested often have court fines and restitution to pay off, Beard said.

“Usually they get a good response. People respect honesty and they sympathize. And because so many people get arrested, most people know someone that’s involved in the justice system,” he said.

For the good of both employer and employee, Beard said, former felons shouldn’t leap to accept any job offer.

If a person has a suspended driver’s license, accepting a job that requires a lengthy commute by bus or bike is a prescription for failure. Working long, stressful hours could interfere with a person’s adherence to a recovery program, he said.

Adela Pearson felt she didn’t have much of a choice when she took a job at a fast food restaurant on Riverside Avenue in Medford, even though the neighborhood was a hotbed of drug activity. Pearson was dogged by drug and theft charges on her record.

“I’d become infamous around town, and so a lot of people would not even give me that opportunity whatsoever. It just wasn’t going to happen,” Pearson said.

She ended up leaving the fast food job without explaining to her employer that she needed to stay away from negative influences in the neighborhood.

Pearson applied for work at a convenience store and disclosed her criminal history. She believes she was hired there because a district manager knew she was participating in Recovery Opportunity Court, which requires regular drug screening.

“I was able to demonstrate my abilities as a good employee and an honest employee,” she said.

She worked there for a year, showing her loyalty by putting in long hours and working swing and graveyard shifts. But the job interfered with her ability to attend recovery meetings. Supportive peers advised her to find a different job.

Again, Pearson found herself sitting in a job interview, this time at a restaurant.

“I knew I was going to have to put it on the table,” she said of her criminal record.

The hiring manager asked her if she was done committing crimes, she said yes, and they launched into a discussion of her recovery process and support system. Pearson was hired and now works as a hostess at the restaurant.

“They are probably the best employer that someone with my history and background could hope for because they are 100 percent supportive,” she said.

“I would definitely give the advice to an employer to ask, ‘What was the crime? Who did you hurt in that process? And what have you done to make amends?’ That would absolutely be crucial,” she said.

With such a public job, Pearson inevitably runs into customers who have been victims of her criminal behavior, or police officers who had to arrest her. At one of her lowest points, Pearson made a plan to commit suicide-by-cop by fighting with officers, but they restrained her and took her to jail, preventing bloodshed.

She still has to fight the impulse to hide in the back of the restaurant when she sees her past victims come in. But nobody has walked out yet upon seeing her.

“Normally the reaction is, ‘You look amazing.’ They can tell that I’m not strung out,” Pearson said.

She said she apologizes to people and finds most are forgiving — and happy and surprised to see her working.

Pearson advises people with criminal records to get a job coach who can help them gather necessary documents, write resumes and cover letters, and prepare for interviews.

Above all, she said, people need to be honest and keep trying. Admitting to a criminal history helps build courage so they can accept rejection and move on.

“They may not get that job. That’s the reality of it. But that does not mean that they’re not going to get the next job,” she said.

Originally published by  VICKIE ALDOUS OF THE MAIL TRIBUNE  | February 08, 2019